The history of community

The Jewish Community of Larissa was and continues being the largest Jewish community in Thessaly and the third largest in Greece, after the ones of Athens and Thessaloniki.

Here you can find information about: 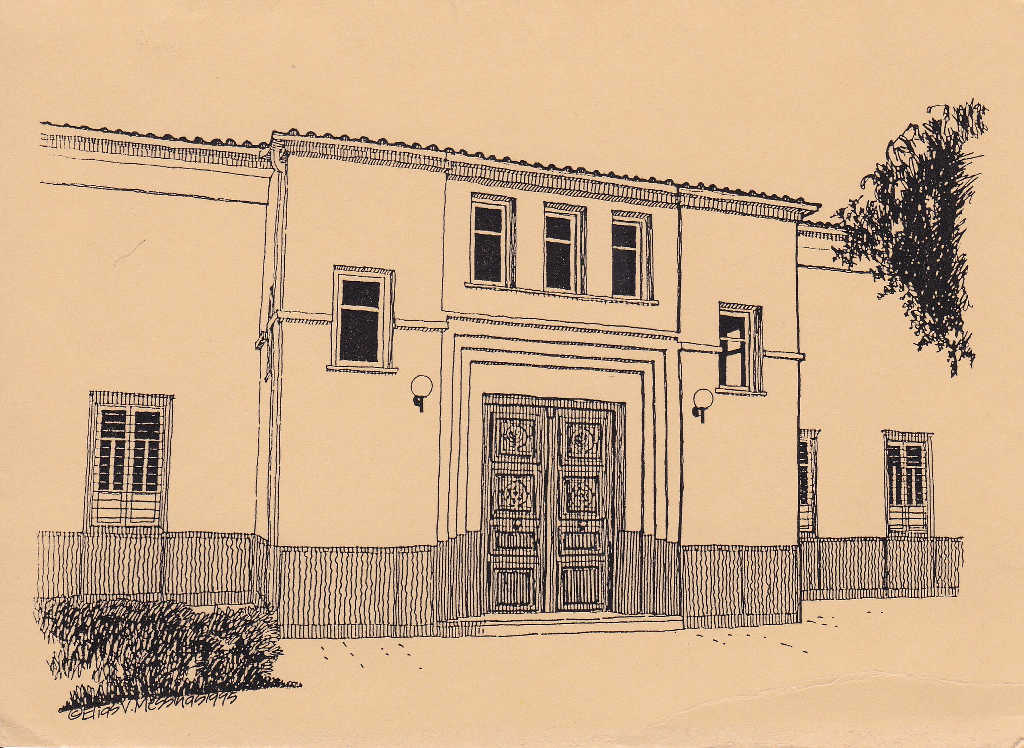 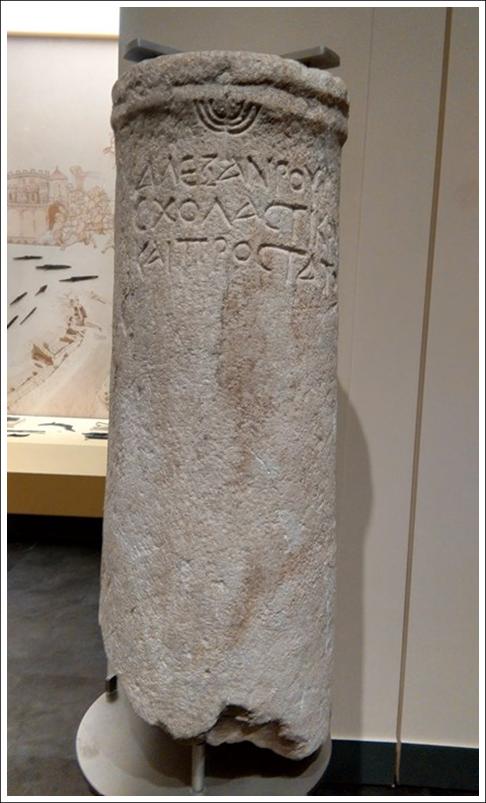 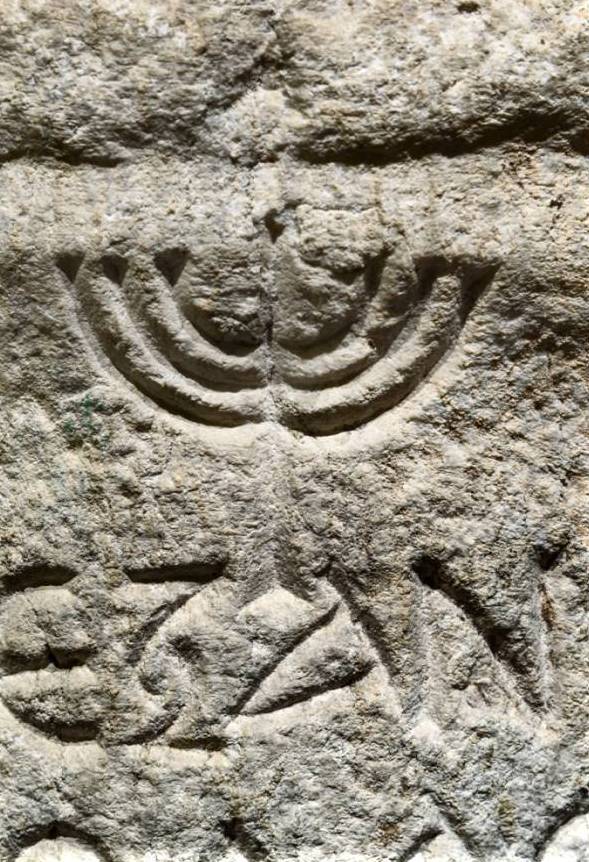 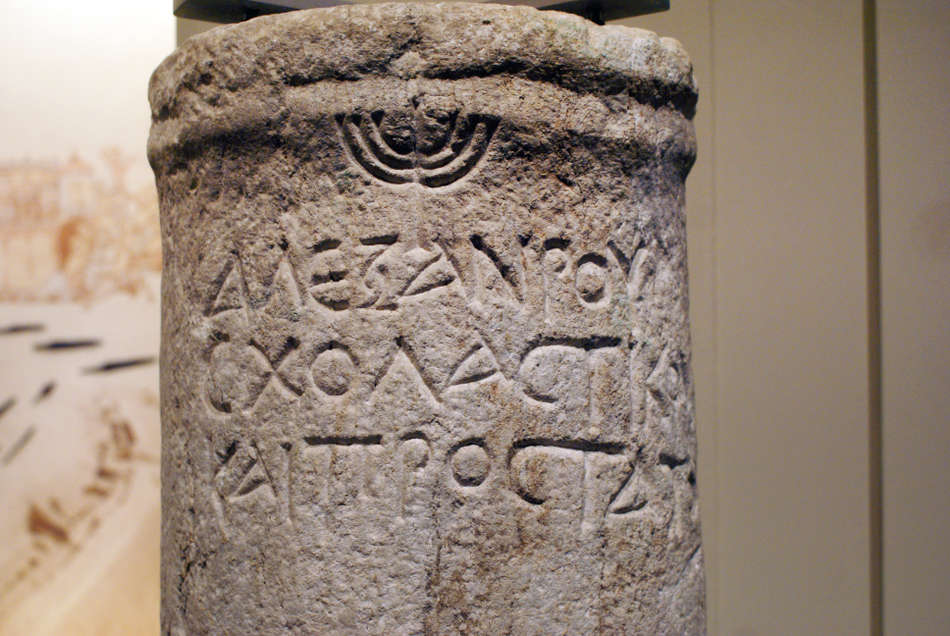 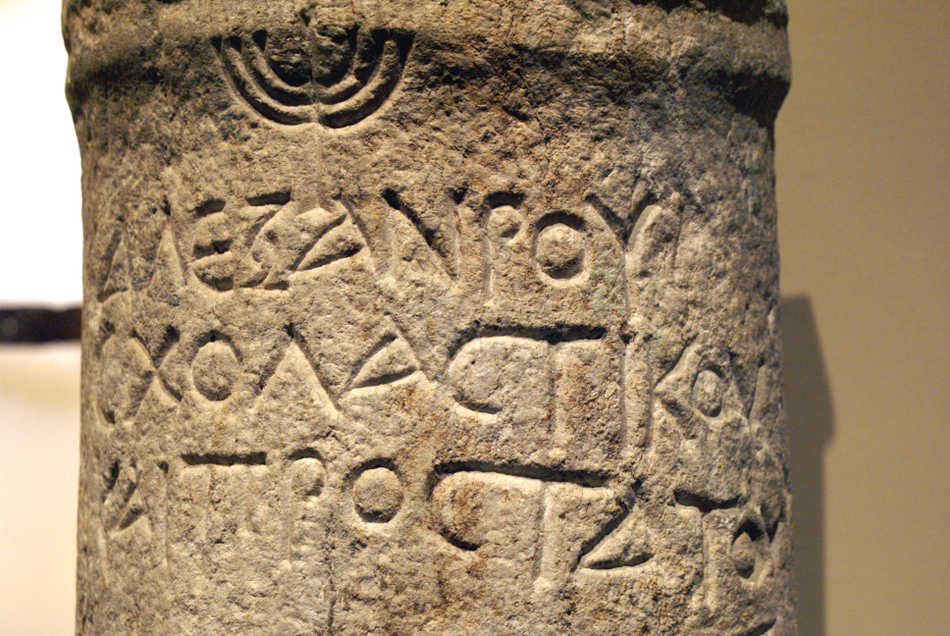 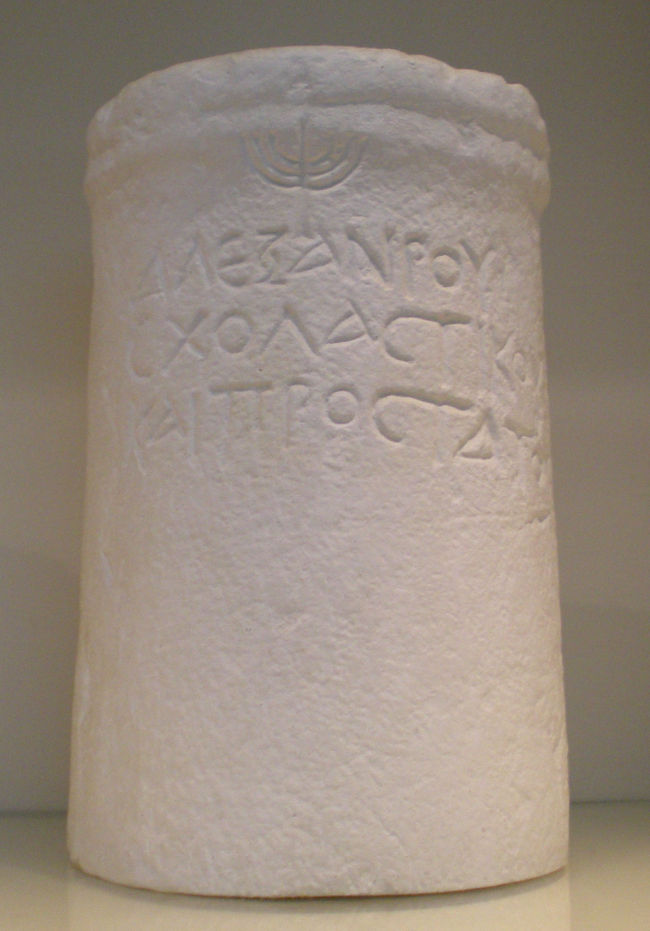 Column of grey marble, found in excavations in Larissa. It bears the inscription, Of Alexander, scholasticus and prostates and the jewish symbol of the menorah (seven-branched candelabrum), 4th – 6th c. C.E. or later. The original is exhibited at the Diachronic Museum of Larissa»

The Jewish Community of Larissa counts 2.000 years of life. Historians and travellers refer to an active jewish presence in Larissa already from the roman times, with the most notable testimony by Herodion of Patras who, when he visited Larissa on 150 a.D. to preach Christianity, addressed its jewish residents.
The jewish presence in Larissa is declared from the prechristianic years by a marble column brought to light by the archaelogical excavations in the central city square on 1973. There is a greek inscription on it “ALEXANDROU SCHOLASTIKOU AND PROSTATOU” and the ancient Hebrew symbol of the seven lamp lampstand or “Menorah”, as it is called in jewish. The archaeologists place its origin between the 4th and 6th century A.D. This finding is exhibited today on the Diachronic Museum of Larissa.
Many historic writers also wrote about the Jewish Community of Larissa: The historian from Larissa Epameinondas Farmakidis, who writes in his book “LARISSA” that around the 7th century A.D. there was a Jewish community in the town with three synagogues, the Jewish traveler Benjamin from Tudela, who visited Larissa on 1173, his contemporary Arab geographer and chronicler Ederji, Gustav Hertzberg (according to Karolidi’s translation), Paparigopoulos, Giannopoulos, Filippidis, Oikonomou, Leonardos Aravantinos, Vasos Kalogiannis from Larissa and others.

At the end of the 14th and the beginning of the 15th century, the jewish community of Larissa comprised greek speaking Jews, the “Romaniot(e)s”. However, it took its final form on the 16th century, with the arrival in Larissa of Jews from Spain. The “Sephardim” as they were called from the word Sepharad, which in Hebrew means Spain, took refuge in various countries of the Mediterranean and Greece, after their exile on 1492 from the catholic kings Ferdinand and Isabella.
The spanish jews did not integrate in the community that the native jews had long since created, but established their own community and built their own synagogue. Thus, for many years there were two separate jewish communities in Larissa. With the wise guidance of the two Rabbis, Jaacov Bohor Solomon and Mose Ben Sabettai, the local Jews and the new comers were united in a single community that exists even today.
The Sephardim were, in their majority exceptionally educated, scientists philosophers and experienced family industry owners and, when mixed with their natives coreligionists, transferred and easily enforced their culture, their traditions, the worshipping rites and, of course, their language, the “Ladino” (Judaeo-Spanish), which is saved even today. This way they contributed not only to the evolution of the jewish community of Larissa, which from their installation is considered a Sepharadic Community, but also to the growth of the whole town.
In the years that followed there were many other arrivals of Jews in Larissa, on 1537 from Puglia, on 1685 from Patras and finally from the Peloponnese, after the revolution in Morea on 1821. The latter, who were 50 families, formed the “brotherhood of Moraites”, as the Chief Rabbi Simeon Pessach mentions in his diary.
With the successive installations of Jews in its territory, Larissa constituted a great jewish centre with cosmopolitan character and acquired the title “Madre d’ Israel” (Mother of Israel) because of the establishment of the town as an immigration centre. The community of Larissa, according to the impressions of the travellers, experienced its biggest prosperity during the 17th, 18th and 19th century.
Its progress, however, was interrupted in the years of Turkish occupation. The Jews of the city, just like the Christians, were oppressed by the Turks, who, with their atrocious methods, led many to poverty even to death. Some moved to other cities, while few were those who remained hoping for better days. During the same period of Turkish occupation, rich Jews were distinguished for their charity work, to whom the Ottoman Administration awarded the honourable title of “Celebi” and used their wealth and knowledge for the solution of many of their problems. The “Celebi”, on the other hand, benefited from the power of their title and helped their co-religionists in any possible way.

Admission of King George I to Larissa in 1881

The liberation of Larissa from the turkish yoke, on August 31 1881, found the Jews celebrating the arrival of the greek army. Later on, when King George the 1st visited Larissa, the Chief Rabi of Larissa Simeon Pessach welcomed him in the entrance of the town addressing him in Judaeo-Spanish. In return, the king, after his visit to the Metropolitan Church of Agios Achilleios, visited the Big Synagogue of Larissa.
The Jewish Community of Larissa, with the fall of the Ottoman Empire, regrouped and soon found its former splendor and vitality. In 1881, according to the data of the population census of Thessaly, among the 13.000 residents of Larissa, 2.200 were Jews. They spoke Greek and Turkish, but among them, spoke Spanish as their mother tongue.

Before the Second World War, 1.120 Jews lived in Larissa. The war declaration, on October 28th 1940, found the jewish community of Larissa excited and its members on the battlements of the fight from the very first moment. The Jews of Larissa fought the intruder with their brothers the Greek Christians, but also the Jews of Greece and they were not few. 13 Jews of Larissa heroically fell fighting (4 in the Albanian front and 9 in battles against the Germans), while 7 were victims of the heavy bombing of Larissa by enemy airplanes on 21/12/1940. At the same time many were the civilians, children and women, who helped the fight joining various associations and organisations.
During the Italian Occupation the Jews of Larissa did not face a particular danger. The hardship began when the country came under the german occupation with the collapse of Italy, on September 1943. The forthcoming danger for the fate of the Jews became more visible in the beginning of 1944 with the enforcement of the measures against the Jews, which clearly showed which were the intentions of the Germans. The most provident members of the community, having the precedent of the Jews of Thessaloniki, who had been arrested a year earlier, started abandoning the town and escaping with their families to isolated mountain villages of the area, in order to hide. Some however remained in their houses and shops, and others who had left, returned for various reasons and mainly for survival ones.
The fears of the Larissa Jews came true in the most tragic way at dawn of March 24th 1944, on the eve of the national holiday. The Germans, aided by their collaborators, surrounded the jewish quarter of Six Streets, entered only in jewish houses and violently took out all their residents. In one hour, they arrested 243 Jews of any age, sex and social status and financial level. After a short detainment in a provisional camp, together with their coreligionists from other towns, the Germans violently embarked them on closed train wagons and led them to the nazi concentration camps. The Community of Larissa, lost 36% of its population in a single day. The same moment that the desperate Jews were uprooted from their homes, their houses were looted, along with their shops and all their belongings as well as the community institutes.
But those who had abandoned the city, also lived under harsh conditions in the places they had taken refuge. They were afflicted by hunger, diseases, deprivation, danger and anguish for their fate. However, they survived thanks to the strong position of Resistance Organisations, the help of the Church, the Police and the Municipal Authorities, but also thanks to the human kindness of simple fellow citizens and peasants, who saved whole jewish families in their houses. The Jewish Community of Larissa, in special events, honoured all these, who, with their brave actions, saved Jews during these hard years.

With the liberation of the town from the Germans, on October 23rd 1944, the Jews began returning from the mountains, while only 6 nazi-camp hostages, who managed to survive, returned. Then a titanic struggle began for the care and support of those who had lost everything, but also for the reconstruction of the Community itself that had been completely destroyed. With the help from the state, the jewish organisations abroad and great people of the Community, who gave their soul in the reconstruction work, the Community managed to regroup and its members to organize again their life.
However, because of poverty, insecurity and the civil war that followed, the jewish population of the town decreased, as many families immigrated to bigger Greek towns, as well as to America and Israel.

The years after the war until today

In the following years, the Community of Larissa prospers again, thanks to good leadership, important Presidents, wise Rabbis and Religious Officials. Many dedicated volunteers – members of the community help considerably, offering their services and contributing to its prosperity and growth. Despite that fact, the finance of the Community were not always prosperous, whatever missing in resources is complemented by soul and altruistic offer of its members. From the first post-war years, various committees and associations, athletic and theatrical groups, choirs, the remarkable women part and its active youth took action.
The Larissa Jews occupy themselves with a wide range of professions, participate and distinguish themselves in professional, cultural and charity associations and in general essentially contribute to the social, economic, cultural and politic life of the town. Always living fully integrated in the social web of Larissa, they go together with love and solidarity, respecting the values, the customs and their traditions, while at the same time, they honour their dual identity, the one of Greek citizen and the Jew in religion.
The Jewish Community of Larissa is included among the Authorities of the town and possesses a remarkable and appreciable position in the local society. Despite the fact of being small, it is a traditional Community, which offers a full jewish life to its members. In parallel, it is a very active Community, organizing cultural and social events and actively participates in the organisation of events with the Municipality of Larissa and the Region of Thessaly. Events of world wide prestige together with the International Holocaust Remembrance Alliance (IHRA) and the Embassy of Romania, were hosted in Larissa in May 2016.
Important, special and worthy of imitation was the establishment from 2012, of the participation of the schools of the Prefecture of Larissa in events that take place at the Anne Frank Square, in the memory of the 1.500.000 children who were lost in the Holocaust. It is an initiative of the Jewish Community of Larissa, aiming to the sensitization of the young against racism and takes place each year in the framework of the Holocaust Memory National Day, in cooperation with the Regional Direction of Education, the Municipality and the Region. 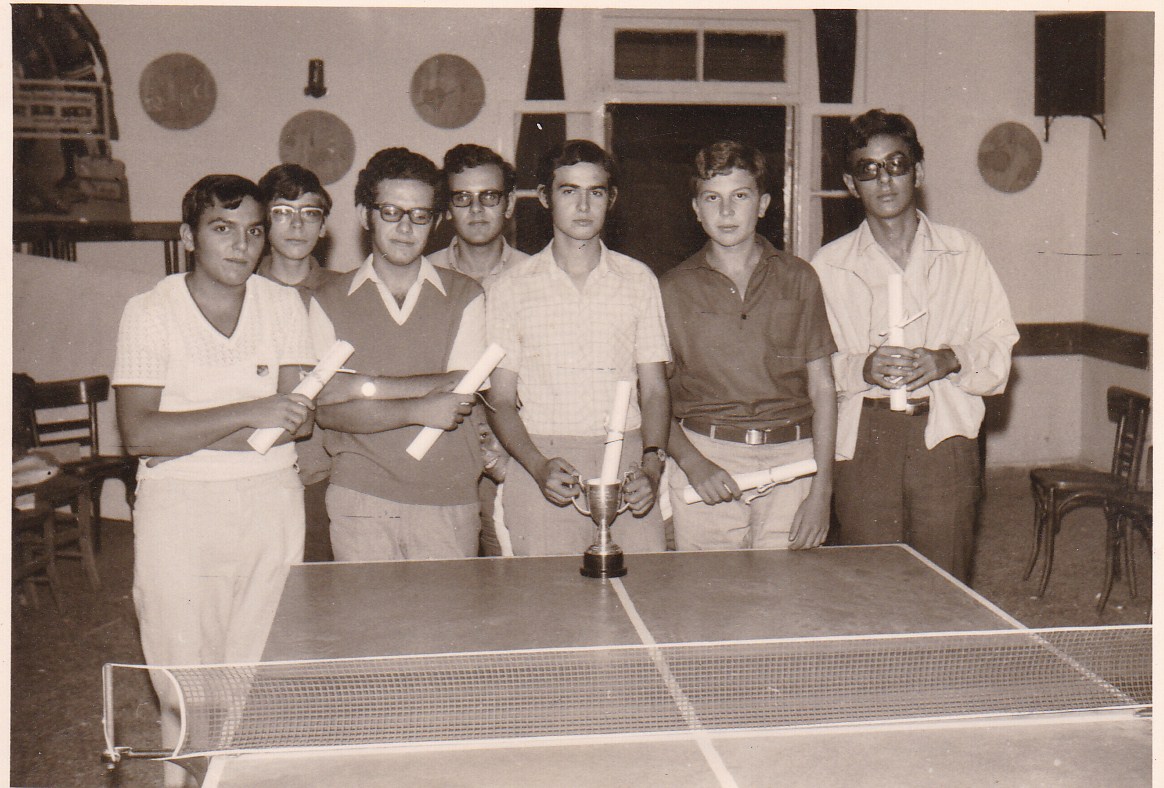 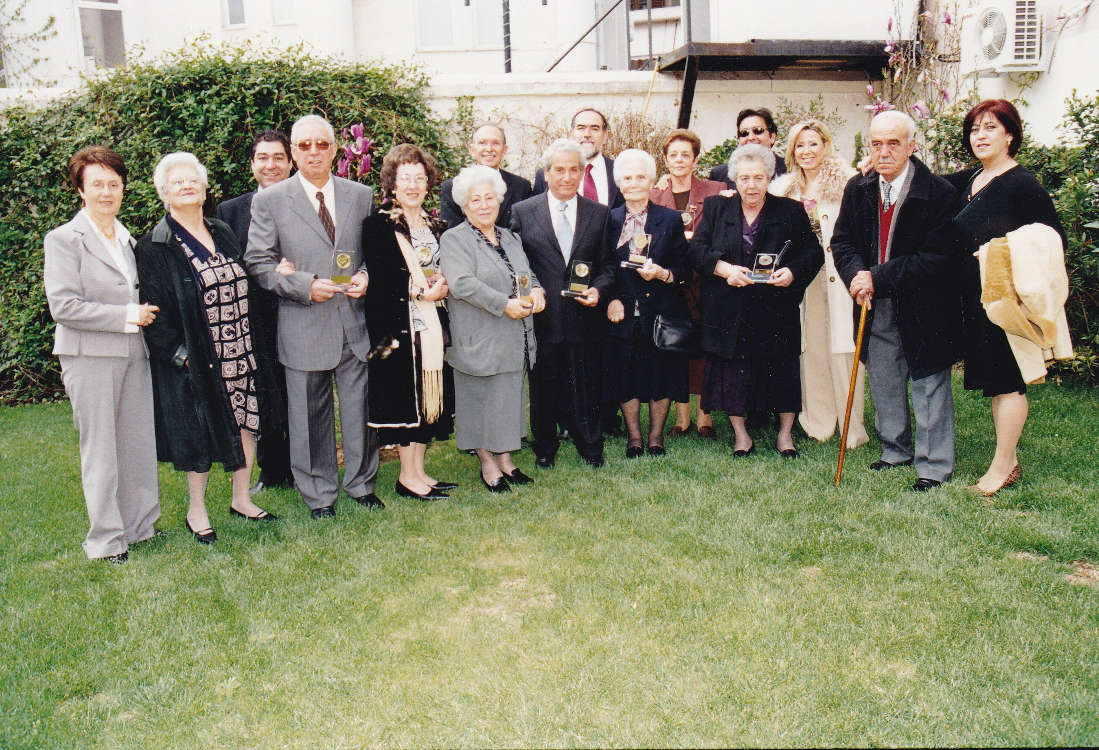 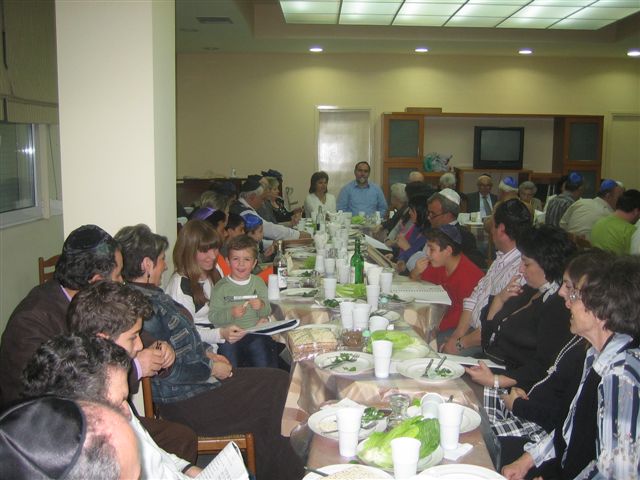 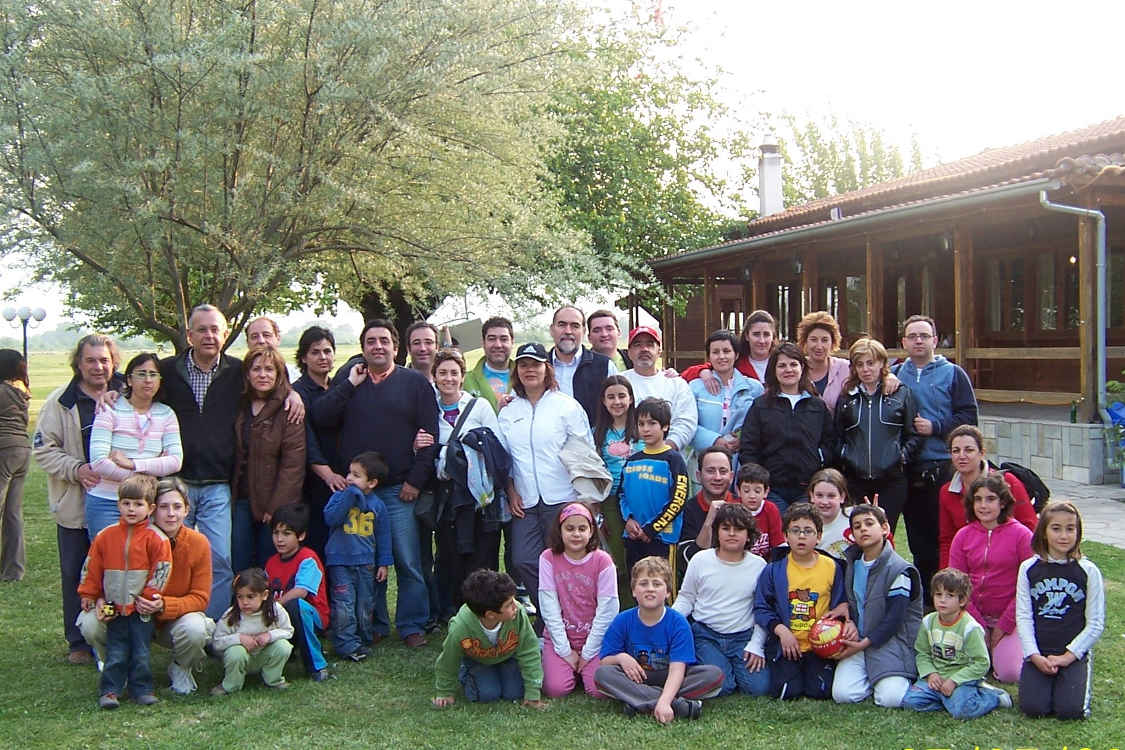 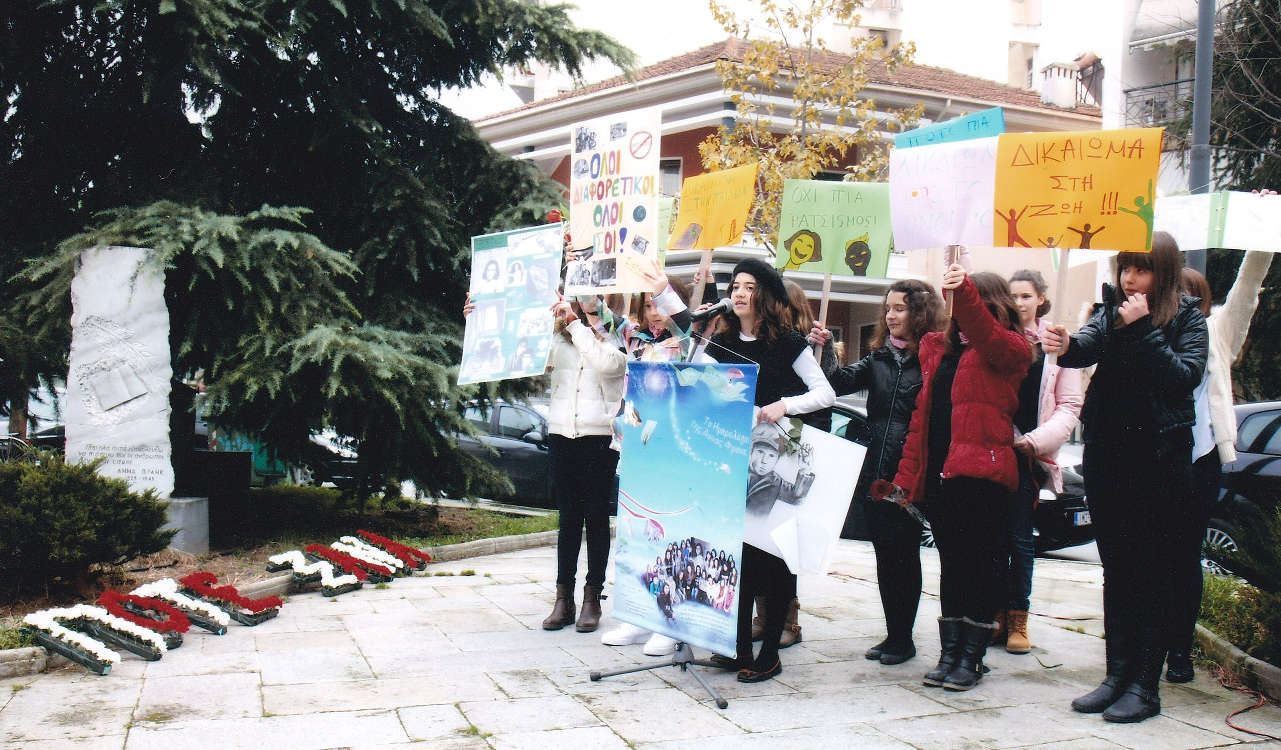 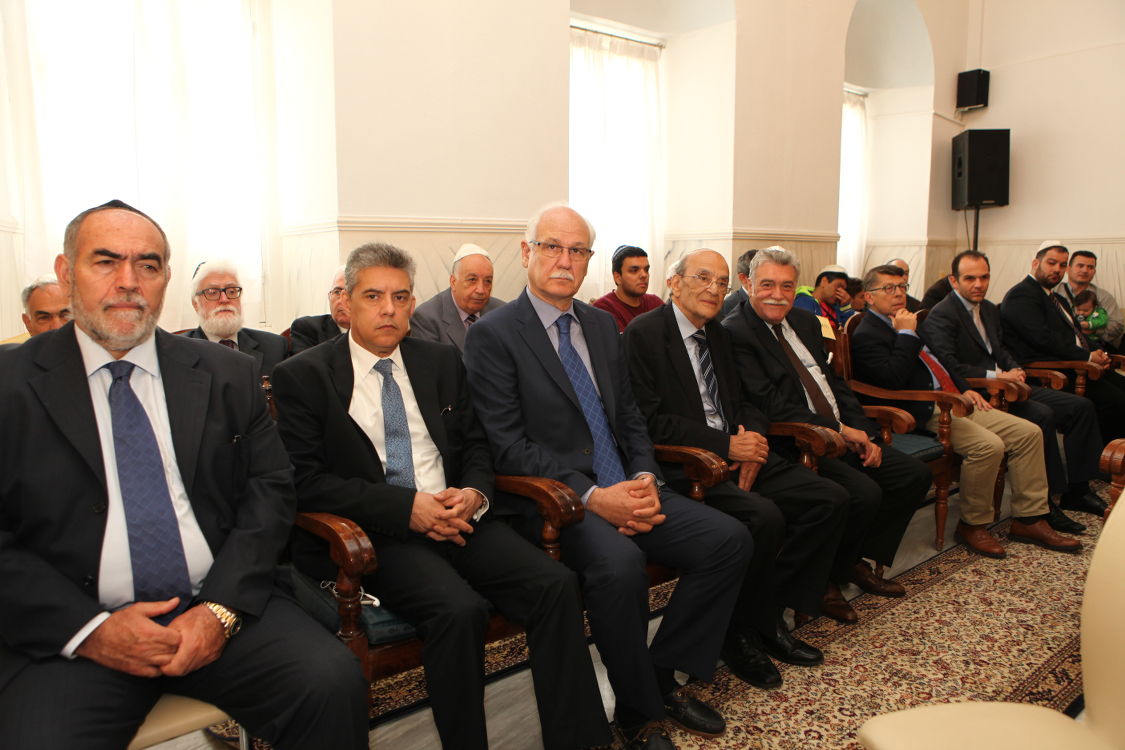 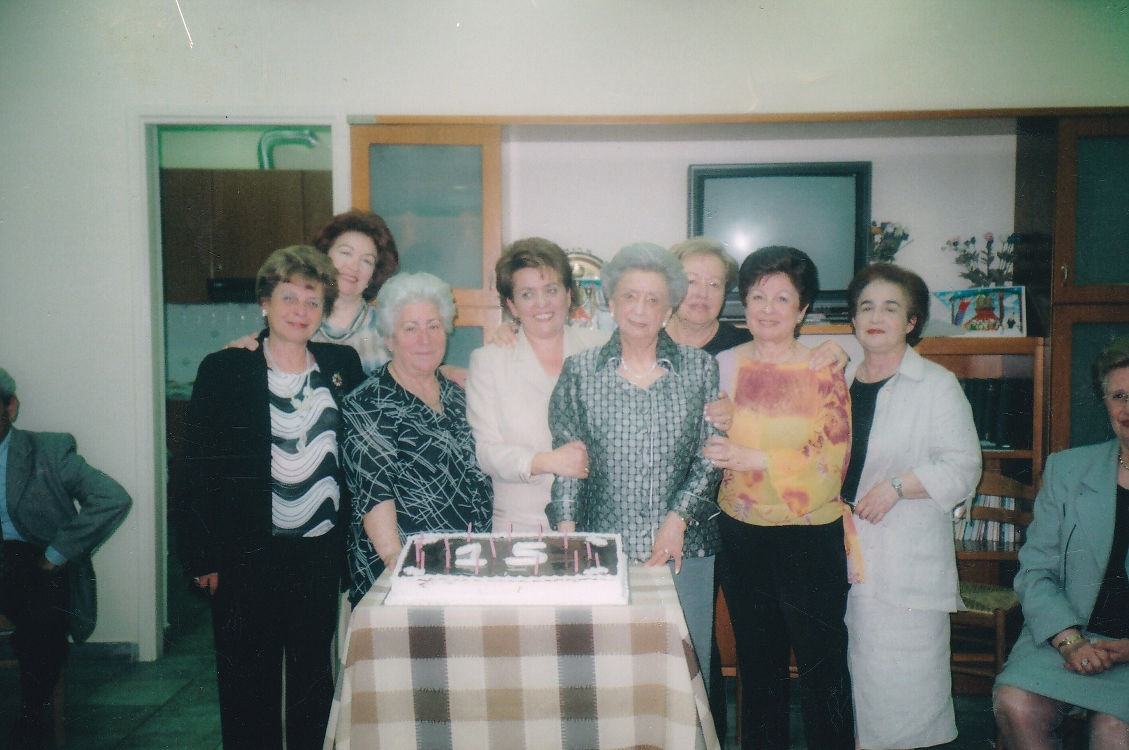