The jewish quarter and jewish buildings 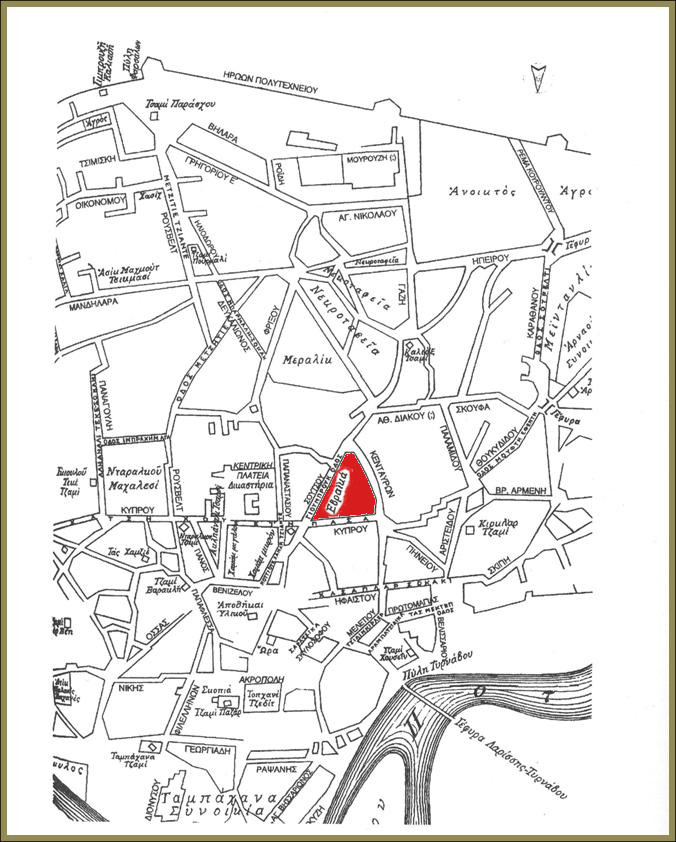 The Jews of Larissa were living in the quarter “Six streets” also known as “Evreika” [Jewish], while many had their shops and workshops there as well. This quarter is located in the centre of the town, at a short distance from the Synagogue, the jewish school and all the community institutes. It is worth noting that it never had the “ghetto” form, as in other towns, but the Jews and the Christians lived in it harmoniously and amicably. Today, the Jews of Larissa are scattered and reside in other areas of the town and its suburbs, however many are those who still dwell in the traditional jewish quarter.


Services are held every Friday evening (Kabbalat Shabbat), with the active participation of the school’s pupils, every Saturday morning and naturally in all Jewish Holidays. The big events of the Community are organized there, such as the Holocaust Remembrance National Day. The Synagogue also hosts the ceremonies of the Community members, such as marriages, circumcisions, Bar/Bat Mitzvas and memorial services.

In recent years, the Synagogue of Larissa has been a popular destination for pupils, students and groups of Jewish tourists from all over the world as well as a familiar subject for the writing of theses and research works.

After 160 years of uninterrupted operation, having experienced earthquakes, disasters and the pervasive humidity of Larissa, the “Etz Hayim” Synagogue now needs a radical reconstruction, since it was found to be statically inadequate increasing the risk of collapse. The works began in October 2019 and are still in progress in order to make the building safe and operational while maintaining its historical value and original traditional form. It is a project of huge costs that should be of serious concern not only to the Jewish Community of Larissa but also to the Greek and global Jewish world as a whole. Any donation for the purpose of completion of works of the “Etz Hayim” Synagogue is considered a benefaction.

On 1970, at the Synagogue yard, a building was built and operates ever since, including the space for the special ceremonial preparation of the deceased according to the rules of the Jewish religion, as well as funeral hall.

A jewish school existed in the Community of Larissa, already since the years of the Turkish occupation, where the pupils were taught the hebrew language and religion by teachers-rabbis. A famous university level Rabbinical Academy was also functioning (“Talmud Torah”), from which important rabbis, teachers and cantors graduated.
On 1931, with a special state law, the jewish school of Larissa was renamed to “8th Elementary School of Larissa – Jewish” and became the only public jewish school in Greece. Its pupils follow the regular Greek elementary schools’ curriculum and additionally they are taught Hebrew language, history and religion by a special Hebrew teacher.
During the nazi-occupation it was seized by the treacherous organisation “Roman Legion”, and then the Germans turned it to a prison for those condemned to death, while after the civil war it was requisitioned for housing refugees’ families. Because of the serious damage it had suffered, the Community could not use it anymore; therefore lessons took place in other community and private buildings. The building of the school was abandoned and finally demolished. In 1965 the new school was built, with the help of the international jewish organizations Joint and Claims Conference and the Central Board of Jewish Communities of Greece.

This building has been the cradle of knowledge and exceptional Jewish education for more than 50 years. Hundreds of jewish children have graduated from this shcool, and, in their majority, distinguish themselves in all the educational levels and their subsequent professional evolution.At the same time, with the contribution of distinguished Hebrew teachers, they became active and proud members of the jewish community and dedicated carriers of the jewish traditions.

In recent years, there has been a remarkable decline in the number of pupils and, for this reason, in June 2017, the Board of Directors decided to close the Jewish School. However, it ensured the provision of Jewish education to children in one of the best private schools of the city where children receive high-level general education and are taught the Jewish language by their Hebrew teacher. The building of the Jewish school is revived once a week when all children gather and learn the Jewish traditions and customs while they continue to go to the Synagogue and participate in the services. 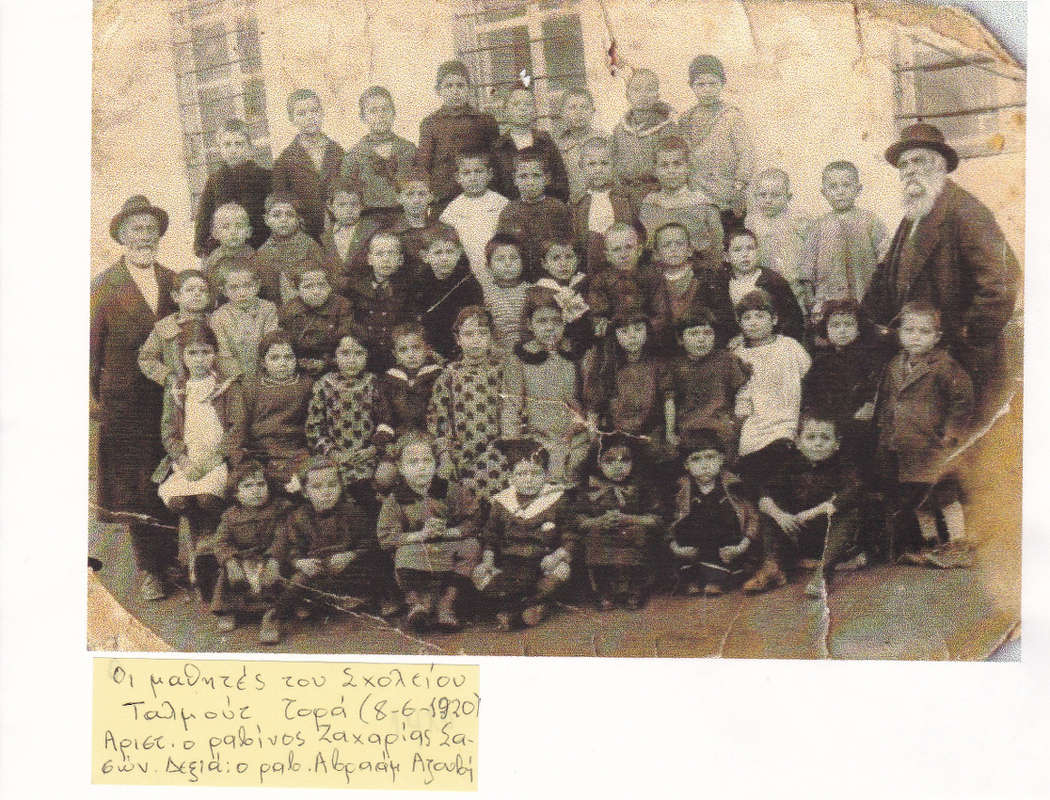 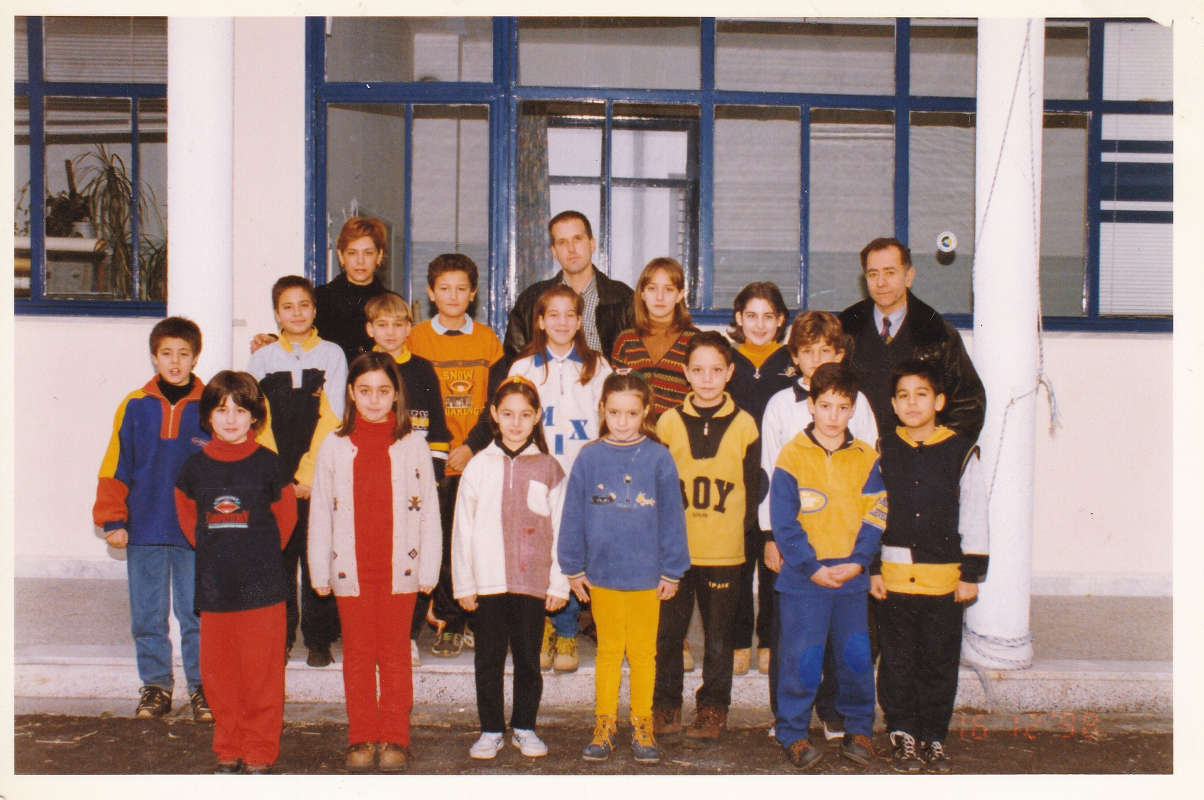 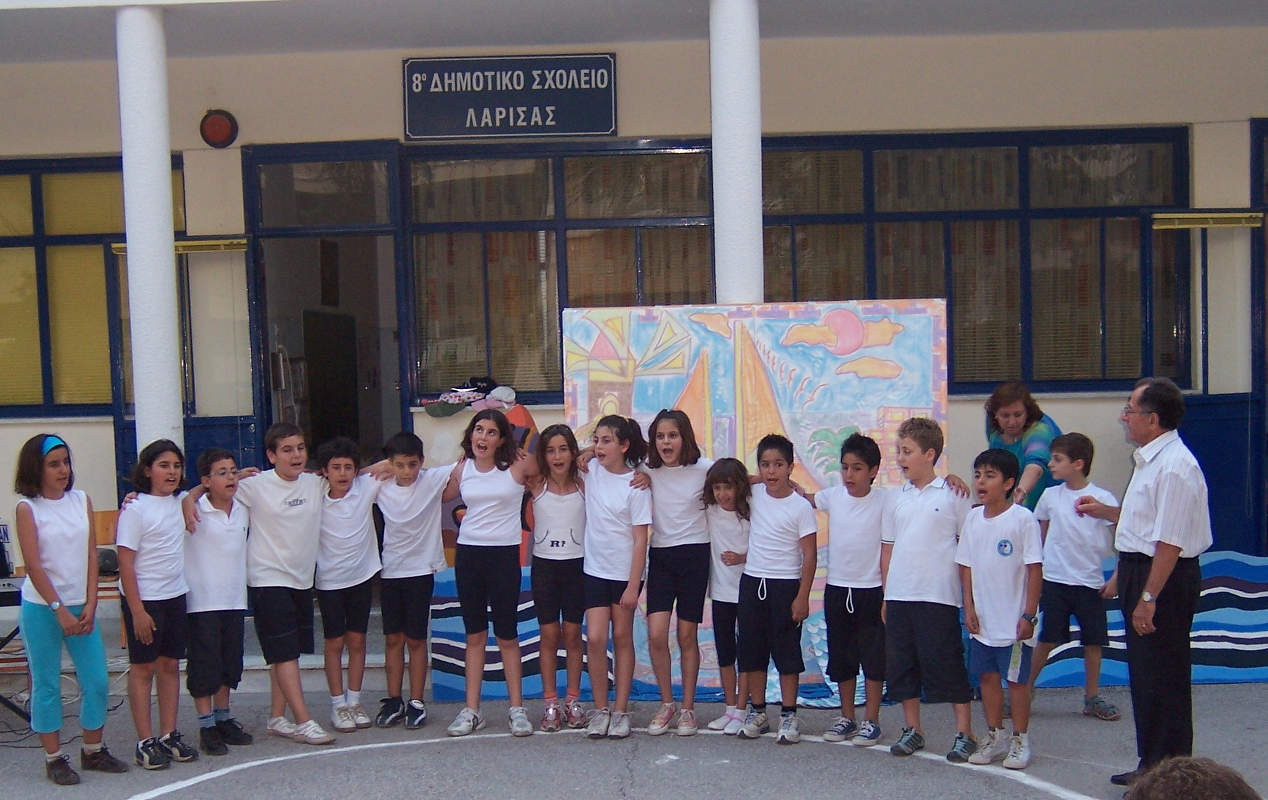 Institutes and buildings not existing any more

Except the 6 smaller Synagogues and the Rabbinical Academy, that were already mentioned, the Community Library existed before the war next to the Synagogue, with old books of priceless value, papyri and rare relics, which was looted by the Nazis. Also, the Great Religious Court (“Beth Din”), President of which was the wise Arch-Rabbi Symeon Pessach for many years, with jurisdiction on the communities of Thessaly and the Religious Bath (“Tevilah”). All these buildings were destroyed either by the passage of time or the rage of the Nazis.
Similarly, the old community office was burned to the ground by the Germans, thus all the old registries and archives of the Community, valuable records of its historical course, were lost.
Site creation by Consult Advertising in cooperation with the Jewish Community office © 2017 All Rights Reserved